About us
ABOUT US
Lo STAFF del Parco Pitagora

The story of a children's amusement park: The Parco Pitagora.

15,000 square meters, a green paradise immersed in a a small town: in the beautiful Versilia in Lido di Camaiore. Between the Tyrrhenian Sea and Apuan Alps, it is small when compared to the big Italian Theme parks, but it is special because unlike all of them, Parco Pitagora is open all year round to provide continuous service to residents and tourists. It was born on an existing park closed in 1997 following an idea from the now current manager, it was obtained by Camaiore Town hall and awarded following a competitive tender as a result of a strong effort. Since 12th of July 1997 (inauguration day) the park has continued to improve from year to year by offering new opportunities for entertainment and fun in addition to improvements to the environment and the entire outdoor area being well maintained and fenced. 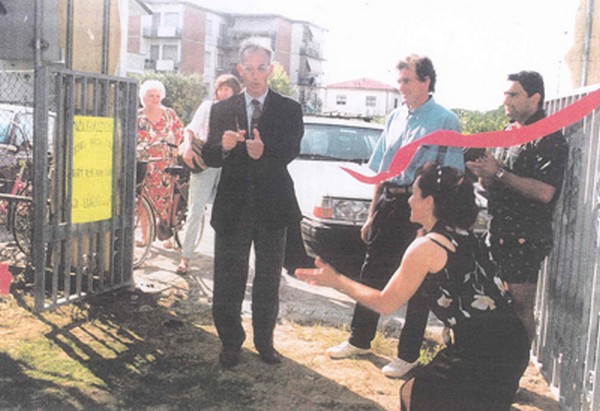 12th of July 1997: On the 12th of July 1997: A new era begins for Parco Pitagora under the new management of Cinzia and Massimo Colligiani . Innovations have been made in every aspect, from the activities to the green that surrounds the park as well as new projects for leisure, sports and activities for children, such as animation, games and workshops.From its renaissance onwards, Parco Pitagora has never stopped innovating itself. It is a park that can not only combine relaxation and fun, but also it leaves time for sport activities and training. An example of it is the manifestation called Impariamo l'Euro an hands-on lesson through the exchange of facsimile Euro note with park tickets, or the drawing competition among schools called Disegnando, giocando, correndo, Pitagorando which saw hundreds of participants children's drawings exposed in the park. 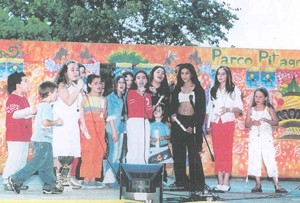 At Parco Pitagora there is also space for music: here was born the famous Cantascuola, an annual event in collaboration with the school AICS Do.Re.Mi of Massa, where children compete against each other in singing competitions and where they can express themselves in front of the cheering audience. The colorful stage of Parco Pitagora saw local and national familiar faces such as Fabrizio Diolaiuti and Riccardo Pazzaglia caracters of the talk show about various topics called Le Tisane di Archimede. The late Adriano de Zan (journalist of RAI) has been another guest of Parco Pitagora to talk about cycling. Mrs Morganti, Mazzolini and Santini to make people laugh during the event " du risate". Also the famous Gabibbo (italian human-size dummy) has been applauded by more than 1000 children and not only this,the stage of Parco Pitagora saw lots of Schools Play as well where children were acting and creating lots of magic in the park. 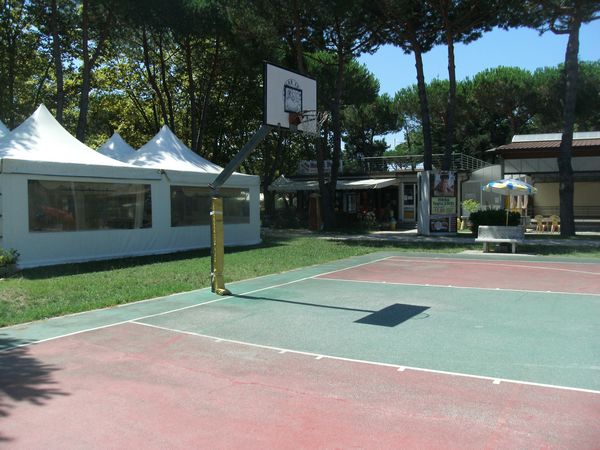 But Parco Pitagora is not just entertainment, it is also sport, for example: the basketball memorial "Diego Malfatti which has become a fix appointment of the summer here in Versilia. Artistic skating, with the final performance of all the Angel Skate school athletes,performances of all athletes of Synergym gym,TaijiQuan and Latin American dancing lessons.. Plus it is impossible not to mention the most important festivals in the park: the Befana's day, Halloween and, of course Parco Pitagora's Birthday which is full of spectacular events and a piece of the B-day cake for everybody. The Befana comes down from the sky by helicopter landing on the basketball court with plenty of sweets and gifts for all the children. And if you like Halloween, dress up and head to Parco Pitagora! A big fancy dress party with entertainment and prizes for the scariest costume is waiting for you! Busy even on the humanitarian side, Parco Pitagora worked with the major italian humanitarian organizations, such as Telefono Azzurro and it has raised money for children in danger by staging a concert.
In short, Parco Pitagora gives us events, activities, sports, music and emotions, Let's continue to support it!